Qroom-plus is the name of the new project from Quintetto that has been selected for financing in the frame of the Call for R&D clusters of the Economic Development, Training and Labour Department of the Aosta Valley Region. The project has been presented officially in Aosta on Wednesday 13th of April during the event “Territorial development policies for a digital, sustainable and green Aosta Valley” in collaboration with the Chambre Valdôtaine des entreprises et des activités libérales – Desk SPIN2 and Confindustria Valle d’Aosta.
The project involves the design and creation of one pre-production prototype of a holographic co-working module, enabling several users connected simultaneously to the system, to engage in active and concrete cooperation activities through their holographic representation and reciprocal view/hearing/speaking. The prototype is meant to constitute the foundation unit of a fully scalable modular system.

This moves telepresence to a new degree of sophistication allowing it to serve real world situations with practical and user-friendly systems being able to overcome limits of space, distance and functionality.

The pre-production prototype is planned to be delivered in April 2023, one year from now.

For information, write to ivano.canteri@quintetto.it. 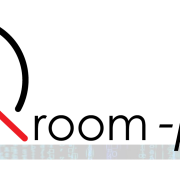 Qroom plus project takes off: holographic videoconferencing is now at hand. 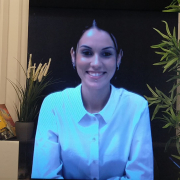 Quintetto (and Qroom) to participate to the Virtual Innovation Workshop on June 9th 2021. 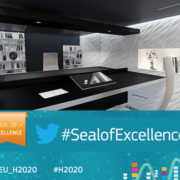 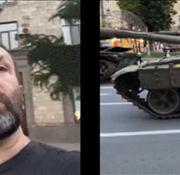 Qcast live stream of destroyed and captured Russian tanks on parade in Kyiv. 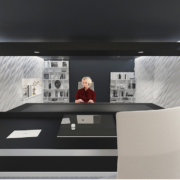 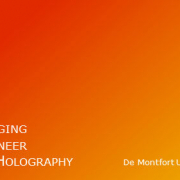 Qsignage 4.0: an interview to define the boundaries of real interactivity, functionality...
Scroll to top

This website uses cookies to improve your experience while you navigate through the website. Out of these cookies, the cookies that are categorized as necessary are stored on your browser as they are essential for the working of basic functionalities of the website. We also use third-party cookies that help us analyze and understand how you use this website. These cookies will be stored in your browser only with your consent. You also have the option to opt-out of these cookies. But opting out of some of these cookies may have an effect on your browsing experience.
Necessary Always Enabled
Necessary cookies are absolutely essential for the website to function properly. This category only includes cookies that ensures basic functionalities and security features of the website. These cookies do not store any personal information.
Non-necessary
Any cookies that may not be particularly necessary for the website to function and is used specifically to collect user personal data via analytics, ads, other embedded contents are termed as non-necessary cookies. It is mandatory to procure user consent prior to running these cookies on your website.
Functional
Functional cookies help to perform certain functionalities like sharing the content of the website on social media platforms, collect feedbacks, and other third-party features.
Performance
Performance cookies are used to understand and analyze the key performance indexes of the website which helps in delivering a better user experience for the visitors.
Analytics
Analytical cookies are used to understand how visitors interact with the website. These cookies help provide information on metrics the number of visitors, bounce rate, traffic source, etc.
Advertisement
Advertisement cookies are used to provide visitors with relevant ads and marketing campaigns. These cookies track visitors across websites and collect information to provide customized ads.
Others
Other uncategorized cookies are those that are being analyzed and have not been classified into a category as yet.
SAVE & ACCEPT